Predictions & Trends For Casual Games In 2010 #1 – Casual Games Will Prove Their Mettle
A+. The casual gaming companies that made big headlines in ’09 — Tapulous, Playfish, Zynga, and Nintendo, among others — had solid products and diverse revenue streams. As predicted, those who cleaved too tightly to their tried and true made headlines of a different stripe.

#2 – The End Of DRM As We Know It
D-. Did we learn from 2008’s Spore debacle? Maybe. Not really. 2D Boy (World of Goo) came out against DRM in casual games. EA claims Sims 3 lost $9m to piracy. Valve claims to have made DRM obsolete. In other words: Same old, same old.

#3 – Underpricing Of iPhone Game Apps Will Continue
A+ (unfortunately). The race to the bottom continues. At least one casual games developer raised its prices by 13x in protest to complaints about their puzzle game’s $2.99 pricetag being too high.

#4 – The Rise Of Online Game Shows
B+. The second season of 1 vs. 100 debuted on Xbox Live. My own business was profitable. Not everyone fared so well: PlayCafe closed their doors, and Microsoft powered down Jellyfish. Amuso retired its user-generated game shows but moves ahead with trivia for prizes.

#5 – Turbulent Times Will Spark Innovation
A. Savvy game makers focused on low-friction offerings that satisfied value-minded consumers and encouraged self-distribution. That’s part of the secret sauce behind EA’s acquisition of Playfish, and part of the reason Kongregate launched the Konduit Application Platform.

Not too shabby, overall. Now, let’s look into… The Future!

#1 – Product Differentiation
Remember when Bejeweled spawned the “match three” genre? We’re there now with casual games on Facebook: Many similar titles relying on the same mechanics and experience. In 2010, as Facebook evolves and its growth slows and its members become more savvy… look for innovation in gameplay, marketing, and monetization. The $600.5 million raised by casual game companies this year should help.

#2 – Sales Of Virtual Goods Skyrocket
Revenue from the sale of digital content in games will surpass $1 billion by the end of 2009, thanks to an expanding population of casual gamers and the increasing sophistication of casual games. That’s 2x the revenue generated in 2008. Now that Apple is allowing free iPhone apps to charge for add-on content, look for sales to climb higher in 2010 and margins to stay fat.

#3 – Flash-Based Development Booms
With near-total browser penetration, “comeback” isn’t quite the right word. However, with new opportunities for monetization and distribution, and the debut of Flash CS5’s Packager for iPhone that enables ActionScript 3 projects to run as native iPhone apps, the future looks brighter for Flash-based development than ever.

#4 – Rhythm-Based Games Sales Decline
Pre-orders for DJ Hero were weak, and actual sales were “modest” in November. The Beatles: Rock Band fell short of initial sales predictions, and sales for the Guitar Hero 5 bundle (game plus peripherals) were down 50% year over year. Look for that trend to continue as consumers realize they have way too many fake musical instruments in their homes. However, in-game song purchases will take off.

What Do YOU Think?

Lightspeed Ventures, Morgan Stanley and ReadWriteWeb have some broader predictions for 2010. What do you see coming next in casual games, mobile, or consumer technology in general?

Getting the Most Bang for Your Buck in Social Games Advertising

Why The Gamification Of Everything Is A Bad Thing

A Meeting Of The Minds: Game Companies And The VCs That Fund Them 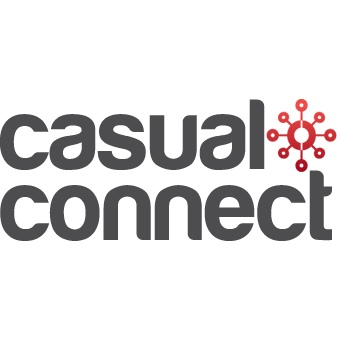 4 thoughts on “Predictions & Trends For Casual Games In 2010”