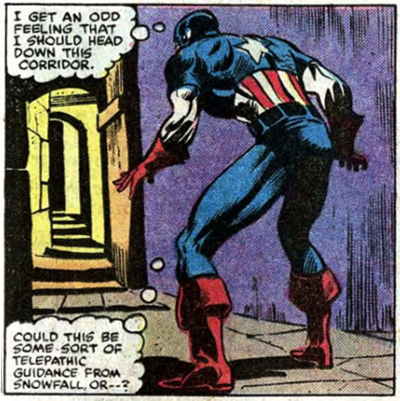 Captain America #239 is a comic book written by Peter Gillis with pencils by Fred Kida. Published by Marvel Comics in 1979, this twisted little gem is titled “Mind-Stains on the Virgin Snow!”. Let’s summarize the book… In 10 Panels Or Less!™

In the previous issue, the head honcho of the super-secret spy organization known as S.H.I.E.L.D. asked Cap to investigate the murders of several S.H.I.E.L.D. psychics. The trail–including a haunting vision of a beautiful woman named Snowfall–leads Cap to a mountaintop citadel where he fights armed guards straddling giant hawks. This issue picks right up with Cap busting into the citadel and giving The Business to a mob of land-based henchmen. While the mysterious villain taunts the kidnapped Snowfall, Cap makes his way through a dangerous maze filled with real traps… Eventually Cap battles his way to the inner sanctum where he finds the mastermind behind the drama–an obscure villain named Steven Tuval (a.k.a., Mind-Master)–and the gold-plated sarcophagus containing Snowfall. Opening the lid triggers a bomb. Cap gets Ginny out before the castle explodes. Ginny explains that she’s more than just a telepath–she can see the future. The bad guys wanted to use her powers to influence the present and alter the future. And that’s something she cannot abide. Ginny mentally “freezes” Cap so he cannot stop her from throwing herself over a cliff.

Peter Gillis ain’t as screwball as Bob Haney–but he is WAY more twisted.

Tomorrow, we’ll see what Cap’s psychic adventure can teach us about product management and the proper usage of Twitter. 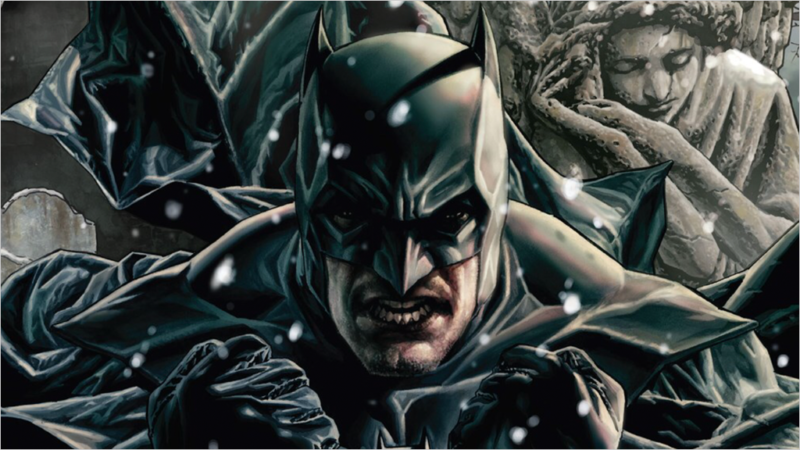